David was born and raised in Calgary. He is a high-profile community activist committed to progressive values. His father is an immigrant from India/Pakistan with a Master’s in Mechanical Engineering from the University of Saskatchewan. His mother is an Accountant from West Vancouver with family roots in Blackburn, Lancashire, UK. He has a sister, Jennifer, and a niece, Riya. David enjoys skiing, hiking and music festivals.

David holds a Bachelor of Science in Chemistry from the University of British Columbia and a Juris Doctor in Law from the University of Toronto. He studied International-European human rights and constitutional law at Central European University (CEU) in Budapest, Hungary. He also completed French studies at l'Université du Québec à Chicoutimi (UQAC) in Chicoutimi, Québec. David is fluent in both English and French.

For over a decade, David has been volunteering for both the Provincial and Federal Liberals. He served on the Calgary-Buffalo Constituency Board, and worked on numerous election campaigns since the 1990s, including organizing and participating in a partially-successful slate of candidates for UBC student government when he was a student there.

In 2017 David represented the Alberta Liberal Party in the Calgary Lougheed by-election.

In 2015 he was the Liberal candidate in the Calgary-Buffalo Provincial general election. 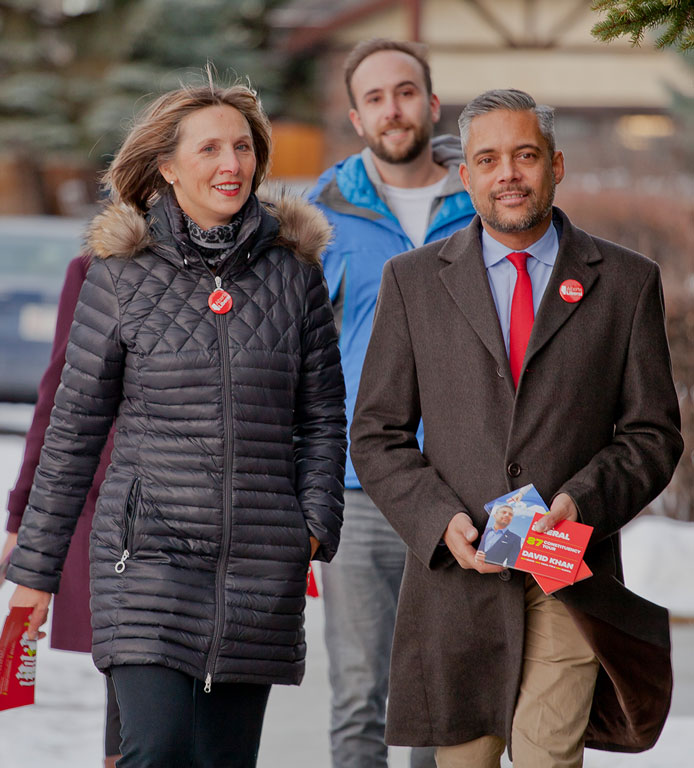 David serves with several NGOs. He is a Director with RESULTS Canada. It’s part of an international network of organizations dedicated to eliminating poverty and increasing health outcomes. David served on the executive fundraising team for the Making Treaty 7 Cultural Society. The group is prominent in advancing the national reconciliation process and raises awareness of Treaty No. 7 signed between First Nations in southern Alberta and Queen Victoria in 1877. David has represented a group of low-income Chinese seniors in downtown Calgary since 2015 at multiple levels of Court to save their subsidized housing, and acts pro bono for a number of groups.